How is the UK handling the law around cryptocurrency? Cryptoassets - Part 1 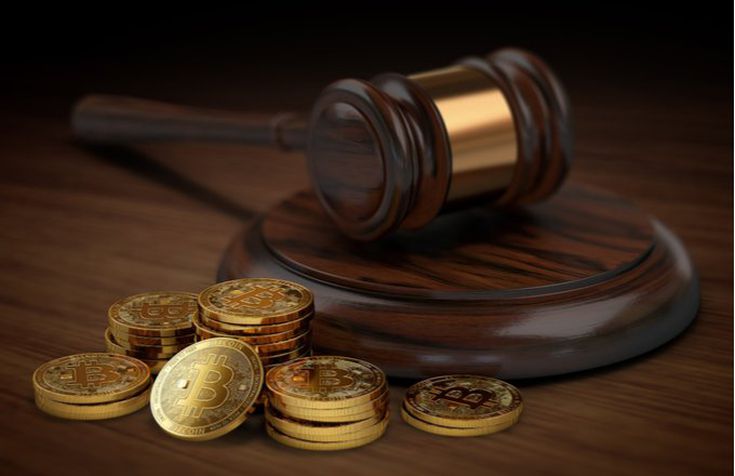 Welcome to Extropy’s blog, we hope you enjoy Part One of this series.

At Extropy.io we’ve been taking a deeper look into the marrying of two distinctive worlds: decentralised cryptocurrency and the UK’s centralised legal system.

We will be looking at the UK’s success in tackling cryptocurrency’s legal status, ownership rights, and how the Courts have enforced legal action for cryptocurrency owners (since there are no legal obligations between participants in a decentralised system, this is particularly impressive).

The UKJT forms a part of the UK’s LawTech Delivery Panel and published its “Legal Statement on CryptoAssets and Smart Contracts” in November 2019 (following its Consultation Paper in May).

The panel was chaired by Sir Geoffrey Vos. It consisted of industry experts, members of the government and the judiciary.

Although the Legal Statement was not endorsed and should not be considered as legal advice, we believe that its comprehensive review may become a useful source in the legal, technological and financial services industry.

The UKJT’s primary objective was to review the status of cryptoassets and smart contracts within UK law.

Caselaw (also known as English common law) is quite exceptional. It is well-formed and has a solid foundation, giving it the ability to be flexible and adaptable. Cryptoassets are a prime example here.

The reader will find that the Statement relieves any legal uncertainty and owners of cryptoassets may now have rights in the UK.

The UKJT made two key findings;

Let’s continue by reviewing the findings for cryptoassets.

But wait, what is a “cryptoasset”?

In order to determine whether cryptoassets have their own legal status, the UKJT first considered the definition of a “cryptoasset”.

This was challenging for two reasons. Firstly, cryptoassets can take a variety of forms, within a variety of systems and secondly, the crypto economy changes rapidly and its development is continuous.

The UKJT therefore provided a generalised definition: they are the digital representation of assets in applications or systems, where they are defined by the rules of the system or application in which they reside in.

Why does the legal status of “property” matter?

The legal term “property” actually has nothing to do with property at all. The term “Property” defines the legal relationship for an item, as well as its exercisable rights.

In order to have a “property” status, it must be owned by a person, or entity.Therefore, in the event that the item is lost, stolen or taken unlawfully, the owner can take action because the item has proprietary rights.

What are the key characteristics of a “property”?

At the time of writing this article, there was no strict definition of a “property”. Its definition tends to be reviewed on a case by case basis, allowing for greater flexibility and adaptability.

The case of National Provincial Bank v Ainsworth [1965] AC 1175 provides a good description for the key characteristics of a property;

In the case of 18 Fairstar Heavy Transport NV v Adkins [2013] EWCA Civ 886, a property’s characteristics were also defined as having certainty, exclusivity, control and assignability.

What make a cryptoasset unique?

Cryptoassets have distinctive characteristics, which make them unique in comparison to traditional forms of assets.

Let’s look at how these features fit in to a property’s characteristics.

1. Ownership and transfer of ownership of cryptoassets

The owner is the person who possesses knowledge of the private key.

However, the UKJT noted that ownership ultimately depends on the circumstances, for example, an employee holding knowledge of the private key on behalf of his/ her employer.

Cryptoassets have certainty (or definability) because the public key contains encoded information about the asset.

Cryptoassets are designed to be transferable between participants. Therefore, despite its unique methods of assumption and assignment (and the identification of ownership may not be straightforward), the UKJT found no reason to believe that cryptoassets are incapable of assumption by third parties or assignability.

The question of stability raised two issues. Firstly, it may take time for a consensus to form regarding the state of the ledger and order of transactions. The UKJT looked at Bitcoin for this issue and noted that the top six blocks are at risk of revision.

Secondly, when there is a change in the consensus rules, the change may not be adopted unanimously, which may lead to separate transactions and ledgers.
However, the issues did not hold sufficient grounds for instability and the UKJT concluded that cryptoassets are deemed as stable.

Cryptoassets have exclusivity/ control because generally, the person holding the private key has full control over the cryptoasset.

Cryptoassets have permanence, in that they exist until they are cancelled, redeemed, repaid or exercised.

Can cryptoassets be classed as pure information?

The short answer is no. Cryptoassets are generally represented by a public and private key. However, whilst the keys contain information, the data also allows the owner to authenticate transactions.

Pure information can be duplicated. However, cryptoassets do not pose this challenge due to the consensus mechanisms preventing double-spending.

Traditionally, the term “property” is viewed as being of only two kinds; “things in possession” and “things in action”.

Cryptoassets do not fall neatly within either definition.

“Things in possession” tends to refer to tangible objects. Cryptocurrency is virtual, intangible and can’t be possessed.

They aren’t necessarily “things in action” either because the ownership of cryptocurrency does not contain any enforceable legal rights in a decentralised system.

However, the UKJT concluded that whilst they may not be a “thing in action”, this does not exclude them from being considered as property.

Conclusion: Cryptoassets can, in principle, be treated as a property.

The UKJT found that the UK was well equipped to determine that cryptoassets are property for the following reasons:

Cryptoassets enjoy the benefits of decentralisation, little to no legal obligations and irreversible transactions.

However if a participant acts in bad faith, the enjoyment of such benefits does not necessarily mean that he/ she cannot be compelled to rectify their wrongdoing.

Although the UKJT confirmed that the Legal Statement does not constitute as legal advice, we welcome its findings and believe that it will serve as a useful guide for legal, technological and financial services industries.

Stay tuned for Part Two, where we will be reviewing the enforceability of Smart Contracts.

Expand allBack to topGo to bottom

Expand allBack to topGo to bottom